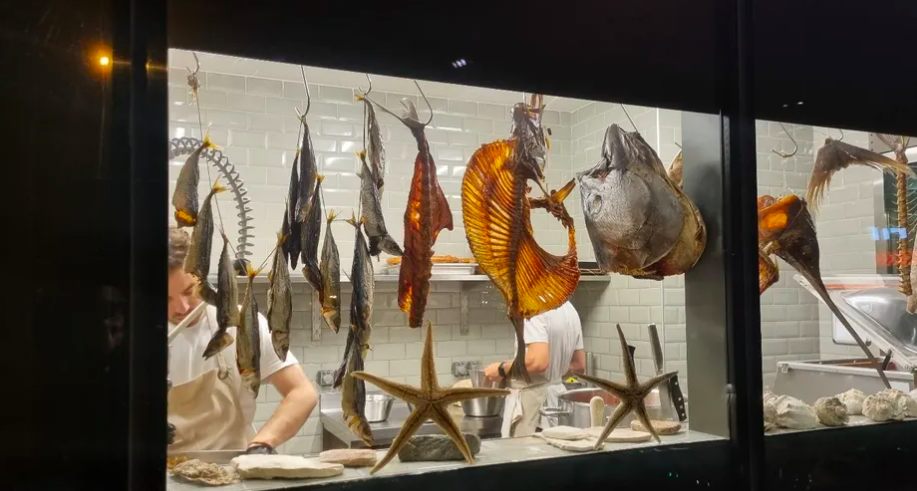 The Michelin Guide brings Turkey into its race for stars. It’s a first. The list of award-winning restaurants will be unveiled this Tuesday evening in Istanbul. Dive into some Turkish gourmet cuisines.

« Finally, the Michelin is interested in Turkey! » exclaimed among food critics in Istanbul. « Because Turkish cuisine is not just kebab », jokes Aylin Yazıcıoğlu, former chef of Nicole, one of Istanbul’s gourmet restaurants, while the famous French culinary guide includes Turkey in its 2022 edition for the first time. The names of the tables will be revealed in the evening, Tuesday, October 11 .

History – Byzantium, the Ottoman Empire – and geography combine to make Turkey a land of mixed cultures, which inspires Fatih Tutak, the leader of Turk Fatih Tutak. “My main influence, he confides to us, is multiculturalism. Turkey mixes so many cultures. We have Arabs, Circassians, Orientals, Westerners, Roma, Armenians, Jews, Kurds but we are all Turks ».

Fatih Tutak’s signature dish is Midye Dolma (stuffed mussels), mussels, inspired by Istanbul street food. But at home, everything is eaten, even the shell. « We only cook with fire because I think real cooking is done over fire, explains the chef. We have different kinds of coals, wood essence to have a good smoky taste ».

A quest unites young Turkish chefs, that of the product. Blue fish from Marmara, tender lamb from Thrace, pistachios and pomegranates from Gaziantep, corn flour from the Black Sea, sun-drenched tomato from Anatolia, sumak, pepper from Urfa, sesame from Antalya… But also a subtle use of spices, says Aylin Yazicioglu: « The prince of fish, for example, the blue fish of Marmara, we only find it in this sea. It is very delicate. That is why in Turkey at the moment you will find the fish cooked over a wood fire. Because it is the aroma of the fish that is tasty. For us, the taste of the product is very important and it should never be masked with spices ».

In the Hodan restaurant, chef Çiğdem Seferoğlu revisits traditional dishes. One of his favorite dishes: the artichoke. It even employs a specialist who monitors harvest dates in each region. « We start with the harvests in Cyprus. The artichokes are particularly tasty in the spring because it is hot there. Then we go back to İzmir, to Urla. And we follow the harvests to the Pamukova region in Bursa. «

The artichoke thus always arrives fresh and melting on the plate, cooked in oil, then breaded, topped with crunchy peas, dill and mint… Anatolia in season. « What matters, explains Çiğdem, is the taste, more than the artistic presentation that the Michelin stars require. I would like to get one, she adds, but I know that it is also a lot of stress and I wouldn’t want to give up my freedom ».